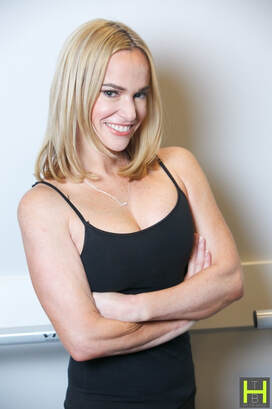 Jennifer was born in Boston, MA where she began dancing at the age of 2. Her formal dance training began at the following renowned studios: The Jeannette Neill Dance Scholarship Program, The Ballet Theatre of Boston and Boston City Lights Hip Hop Company. Jennifer accepted a dance scholarship to attend Hofstra University in Long Island where she would commute to Manhattan for Broadway auditions. Through this dedication she juggled schoolwork while appearing on the Tony Awards for Broadway's Footloose. Shortly after Jennifer was selected to be a Miami Heat dancer. With great success she was then chosen to be a lead in Disney's The Lion King and shortly after the dance captain and company manager for Royal Caribbean International. Having established herself as a successful working performer in the industry, Jennifer accepted leading roles in West Side Story (European tour) and performed in the original cast of Jerry Mitchell’s Peep Show in Las Vegas where she understudied Kelly Monaco and Holly Madison for the lead role of Little Bo Peep. Jennifer was the stuntwoman in The Sirens of TI under the direction of Kenny Ortega and Travis Payne. She also choreographed several Vegas shows and performed with Cirque Du Soleil. Jennifer was wildly successful in Las Vegas and even had her own billboard and her face as the entire side of a major hotel. She was a headliner for Ivan Kane’s 40 Deuce in Vegas (Mandalay Bay), Hollywood (Café Was) and Revel in Atlantic City.
​After a move to Los Angeles, Jennifer appeared in commercials, television shows and performed on stage live with major artists in the recording world such as Justin Timberlake, Kid Rock, Christina Aguilera, Jane's Addiction, Blink 182, The Pussycat Dolls, Ja Rule and DJ Dave Aude'. While in California, Jennifer discovered Barre and fell in love with it so she became a certified Barre Instructor and has been teaching it now for 8 years. Jennifer is honored to be able to bring her personal dance style to both the recreational and competitive dancers of all ages to the Cedar Grove area.  Jennifer has taught dance at MKA Primary School and master taught at the High School as well and is thrilled that the studio has expanded so she can teach even more! 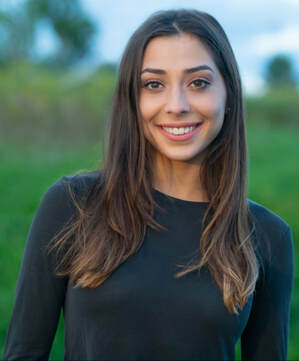 ELENA began training at Dance Force where she was trained in various styles such as ballet, jazz, contemporary, and hip hop. At the age of 16, Elena began teaching classes and choreographing. She is a graduate Montclair State University specifically studying modern and ballet as a Dance major, while frequently making trips into the city to take classes at Broadway Dance Center. While at Montclair she performed in works by Stacey Tookey, Sara Hooks, Christian Von Howard, and understudied Polkaby Mark Morris. Most recently she was featured in Rick Ross’s music video as a model. Elena is very excited to join the HTB Kid's dance classes and both Competitive teams as a Choreographer. Brielle Castaldi is from Mount Olive, New Jersey and is currently a BFA dance major at Montclair State University. Brielle started dancing at 2 years old, training at Heartbeat Dance Center and later on at Dance Academy of North Jersey. She was also accepted into the dance program at Morris County Vocational School of Technology. Throughout the years, Brielle has trained in various styles such as ballet, contemporary, modern, lyrical, jazz, and tap. She enjoys choreographing, performing, and sharing her passion with others.
Nathalia Nager- Dance Instructor & Front Desk Manager 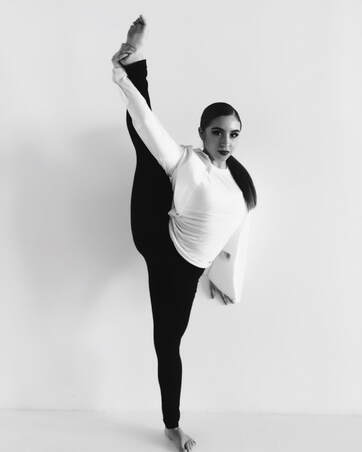 Nathalia Nager is from Union City, NJ and is currently a student at Montclair State University. Her love for dance sparked at a very young age, however it was not until she was 12 years old that she began to take consecutive classes and embrace her love for dance everyday. She has trained in various styles such as ballet, contemporary, jazz, hip hop, and belly dance. Throughout her high school years, she was involved in the UCHS Dance Company and the UCHS Drillettes Team, where she performed at football games, clinics, recitals, and dance competitions/nationals. Nathalia’s passion for dance continues to rapidly grow, and she is eager to share and embrace it with her students and coworkers at HTB Dance Co.
Ashley Reyes- Dance / Fitness Instructor & Competition Team Co- Director 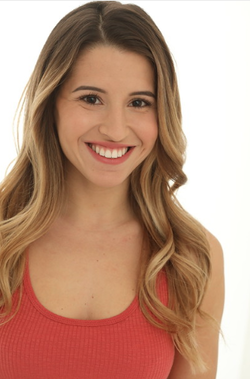 ​Ashley Reyes graduated from Rowan University with a Bachelors in Dance. After graduating in 2016 she has been teaching students of all ages. Her dance journey began at the young age of three and continues to flourish today. Ashley continues to create work that comes from her questions of the world. Ashley continues to press the boundaries of dance, and uses dance as her lens to view the world. During her time at school she participated in Rowan’s contemporary dance company, Dance Extensions. She was also part of the University’s hip hop team, Dangerously Diverse Dancers. While at Rowan she was able to create and present her four works: Thoughts 1:10, Loading 89%, Bleed With Me, and Guerreras Indigenas. Ashley is also passionate about health and fitness. After furthering her education in the fitness industry she now teaches her students the importance of strength, and the correlation between fitness and dance. Although Miss Ashley has been teaching for some time now she is still a student. Learning from her students in and out of the room.
Danielle Peel- Dance Instructor 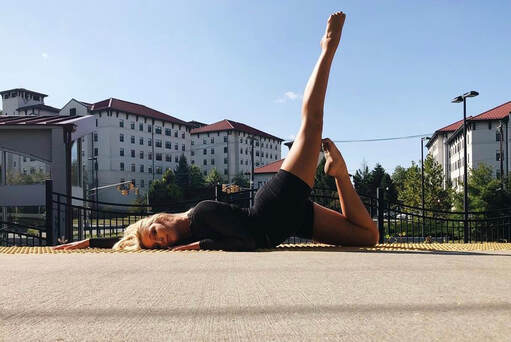 ​Danielle is from Ambler, Pennsylvania, located thirty minutes outside of Philadelphia, and is
currently earning a BFA in dance from Montclair State University. She began her training at the
Institute of Dance Artistry where she trained in various styles such as ballet, contemporary,
modern, and jazz. In addition, Danielle has trained at the Alvin Ailey American Dance Theatre,
Koresh Dance Company, and Broadway Dance Center. She was a member of the senior
repertoire company at the Institute of Dance Artistry which allowed her to perform in various
concerts throughout the Philadelphia area. Throughout her years at Montclair State University,
She has performed pieces choreographed by Stefanie Batten Bland and Jessica Dimauro. Along
with being a part of the dance program at MSU, Danielle is a member of the dance team. The
dance team performs at football and basketball games as well as on campus events. Danielle is
extremely excited to be joining HTB and is looking forward to sharing her love and passion for
dance with her students!